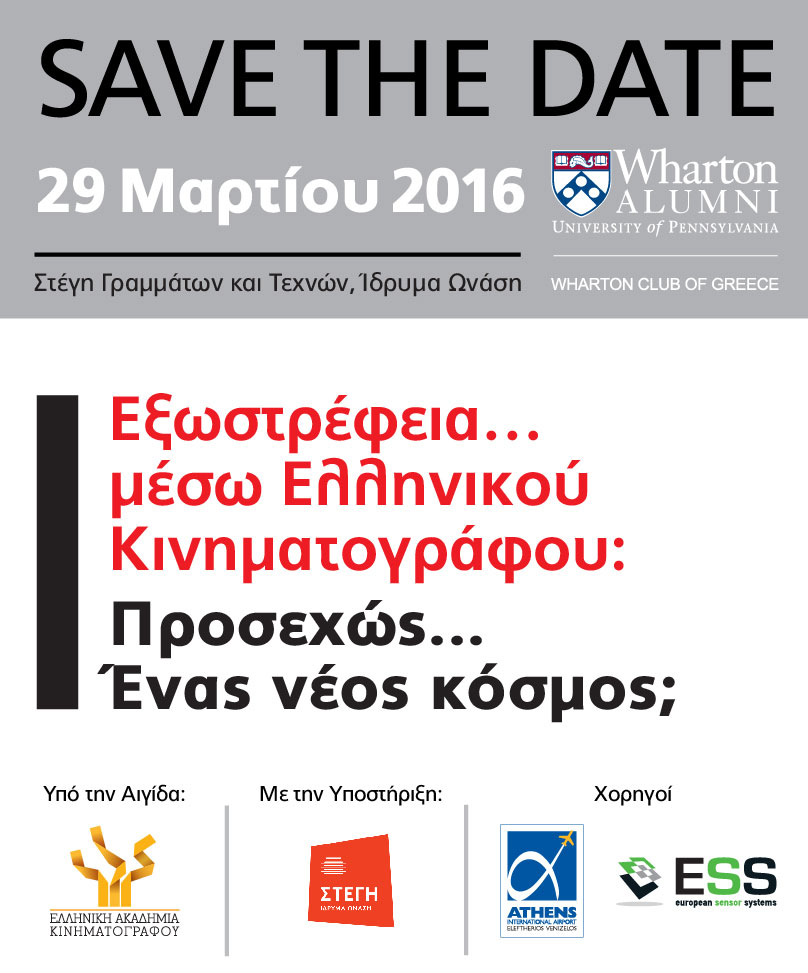 The Wharton Alumni Club of Greece, under the auspices and in association with the Hellenic Film Academy and Onasis Cultural Center, is organizing an event entitled "Extroversion through the Greek Cinema: Coming soon…a brave new world?"

In 2004 the Wharton Alumni Club of Greece was the first to introduce to the Greek audience the principals of extroversion. In line with this fundamental position of the Club, and within the context of the event, the Greek alumni are aiming to explore the business opportunities that may arise from the production of Greek movies and foreign movies in Greek soil. Some of the issues to be discussed are as follows:

Under certain conditions the Greek film production could: